Originally hailing from what is now a faux-Bavarian town in Washington State, Dr. Ruckle spent his formative years in Davis, CA as the child of academic parents. Arriving in the area to attend college, he ultimately found himself working for twelve years as Systems Engineer at the Santa Cruz Operation, a UNIX system software company. During this time, he fronted a rock and roll band, the first ever to transmit a live music concert via the internet. While technically still the lead singer for this band, they do not perform much anymore and Dr. Ruckle mostly enjoys playing acoustic guitar and singing sad ballads.

Dr. Ruckle returned to college after his high tech career, earning an AA degree at Cabrillo College and taking BA, MA, and PhD degrees in history at UC Berkeley. While in Berkeley, Dr. Ruckle was the head cook and kitchen manager of a student co-op, where he resided for almost a decade. His research travels have encompassed nearly every state in the union. He would like to travel to some of the places he teaches about: Africa, India, China, Southeast Asia, etc.

After years of pouring over faded primary sources, trenchant historical monographs, and ponderous academic writing in graduate school, when time permits, Dr. Ruckle enjoys lighter fare, such as the speculative fiction of Charles Stross. In his own words, he is “passionate about the compassionate treatment of others.” This is evident not only in his interactions with his students and his approach to teaching, but also in his volunteer work in locked mental wards and treatment centers. Dr. Ruckle is also passionate about the Golden State Warriors, good public education, and the collected works of Leonard Cohen. 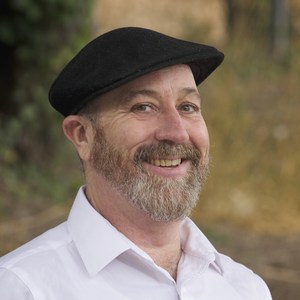