To understand history is to see it as more than a jumble of facts and dates, but to imagine the lives of past people and events interwoven into one great story. As a student at PCS, Kelsey was captivated by the narration of that grand account by Ms. Firenzi, Mr. Hansen, and Ms. Barbata, venerated history teachers who talked about the fascinating psychology of the influential actors on humanity’s stage. As a teacher now, Kelsey inspires students to see the world with the same nuance that she was taught — to recognize the complexities of past conflicts and let them provide insight and perspective on the many issues of today.

Born in Santa Cruz and raised by parents who had a very diverse set of views about the world, Kelsey gained a healthy appreciation for taking a moderate approach. At times, she strikes a contrasting pose in style and substance compared to most of those around her. Her ability to give perspective on life and see outside of the Santa Cruz bubble was enhanced after college, when she lived abroad and traveled for half a year throughout Europe. Backpacking the trails, staying at hostels, interacting with locals, walking the 550-mile Camino de Santiago — Kelsey fondly remembers all of these experiences (including attempting to speak Spanish even though she forgot how to use the past tense) and looks forward to making more in future expeditions.

Though serendipity might have led Kelsey back to PCS, it is due to her tremendous dedication and ability to connect with her students that she is universally adored here. Speak to those who had her 7th grade history class and they might give a prayer in the name of the “Watermelon Queen.” Or talk to those in her AP US History class and hear them describe a teacher who is lenient, compassionate, and empathetic — someone who appreciates from first-hand experience the joys and struggles of going through PCS. (She is especially accommodating to students who demonstrate self-advocacy, who take responsibility for their work by planning ahead and ask for assistance before it’s too late.) Or ask a teacher colleague, and you might hear Kelsey characterized in these terms: a person whose bright smile, caring personality and reflective composure make her a pleasure to work with.

Kelsey plans to see more of the world as she continues her journey. Whether it is hiking a local forest trail, traveling cross-country to explore more of the U.S., or star-gazing in the Atacama Desert, do not expect Kelsey to stay idle for long. In many ways, her personal growth mirrors that of the school itself, from its beginnings to now. And so, if a stranger were to ask what PCS is all about, what is unique or special about it, I would guide them to Kelsey and say, “Tell them your story.”

Majored in 20th Century US History

Has two dogs, Stella and Bandit

Plans to travel cross-country and to New Zealand, and to revisit Chile

Would invite for a fantasy dinner table: Teddy Roosevelt, Zora Neale Hurston, Winston Churchill (because she knows each could recount crazy stories about the world and she is fascinated by those who lived in times of great societal transition)

Considers math her favorite subject in school, outside of history

Was a sly trouble-maker 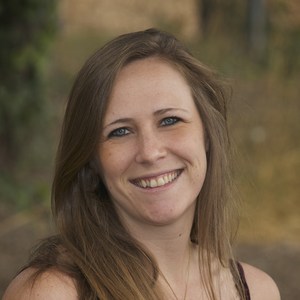