When it’s time to enter the lottery, enroll in classes, collect a transcript, request a course change, or just get a hug, there’s one office offering all that to PCS students: Ms. Smith’s office. “She works really hard to make sure everyone’s schedule works, which is not easy,” says Jasmine Gates (2021). “She’s also just really, really nice,” adds Rina Rossi (2020). What the students at PCS see in Ms. Smith (as she creates the entire master schedule and then juggles all the course requests) is just the tip of this beautiful iceberg.

Barbara Jean Smith is a self-described “Local Girl” living in Santa Cruz County for over four decades. In that time, her story took many turns before landing on “Puma Registrar.” She was originally a National Bank Examiner with the OCC, but when she was reprimanded for being “too nice” she knew the job wasn’t a good fit. In 2008 with the economy tanking, she knew she’d have to find a new job to help support her three kids and husband. She was enjoying a beach trip in Hawaii when she called to interview for the job at PCS. After just two phone interviews, they hired her on. (She does not recommend hiring over the phone, we just got really lucky with how qualified she is.)

Around PCS, she’s known as the registrar and lottery guru, but she’s also a retired soccer referee, a bowling whiz, and she loves yoga. Every year, her resolution is to learn a new thing and this year she is learning pickleball. As much as she’s had a positive impact on PCS, it’s fair to say that PCS has left its mark on her as well; she was even inspired by a PCS student to become a vegetarian.

“She’s really caring and always finds the positive in situations. She’s a very generous and helpful person,” says her daughter Kay (PCS alumnus 2016); and honestly, that’s the best description of all. 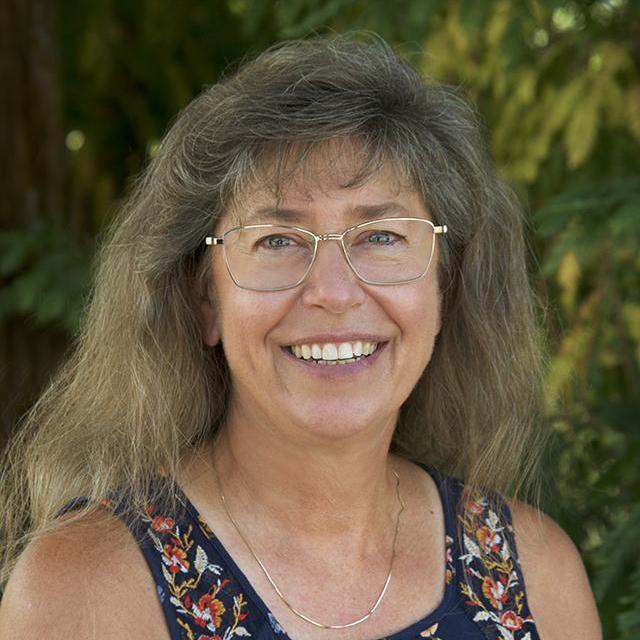