Andrea was born in Salt Lake City, Utah and raised in Ogden, in Northern Utah. Before becoming a teacher she worked in a camouflage factory, as a theatrical electrician, as an actress in summer stock, and as a diner waitress. Thank goodness for her students, Andrea decided to become a teacher and got a BA in English and an MA in Education.

Andrea has spent the last twenty plus years teaching, all subjects, every grade, K-12, as well as adults. Before coming to California she taught in inter-city Chicago and Seattle. Andrea also spent nine years teaching middle school in Watsonville before coming to PCS. Andrea has long believed that if teachers and schools raise the bar high, students will rise to meet the challenge. Andrea was attracted to PCS because of its academic freedom and its emphasis on open enrollment with academic rigor.

In her life apart from PCS, Andrea founded Pie for the People with her family. Pie for the People is a local pie potluck that fundraises for local grassroots organizations. She also likes to read, bike, and hike, and enjoys opera.

Before she settled into teaching, Andrea tried to be an expat starving artist in Prague, but this didn’t work so well. She also found herself in Budapest, and then Istanbul for a time.

Andrea recommends the following books: Poems of Wislawa Szymborska; There Eyes Were Watching God-Neale-Hurston; Middlemarch-Elliot ; Mrs. Dalloway-Woolf; Wonder Woman-New 52 series; Brooklyn- Toibin. Andrea says that she herself is an open book, and this is a book we are delighted to have at PCS. 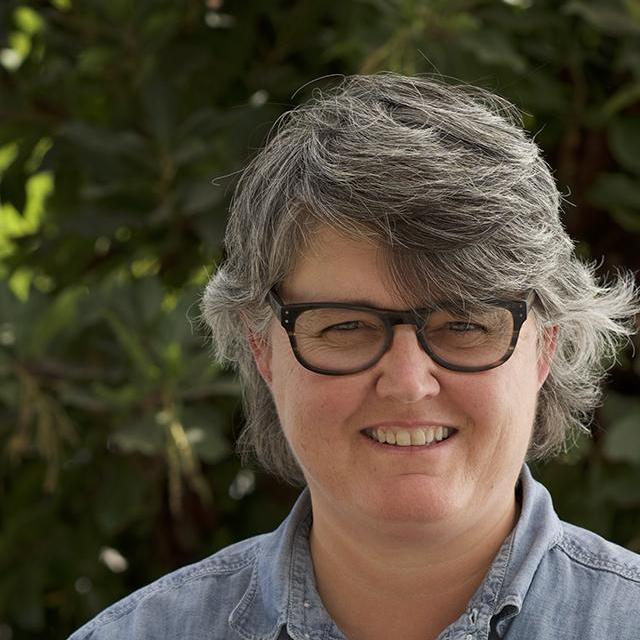