Cindy is a lifelong performer.

Born in San Diego, she grew up in southern California and spent most of her childhood in Santa Barbara.  In high school she discovered her passion for acting and singing, performing in several musicals while studying Opera at the Music Academy of the West.  She started higher education at Santa Barbara City College then transferred to Cal Poly in San Luis Obispo where she got her foundation in education as a career.  Weekly treks back to Santa Barbara for voice lessons pulled her back to Santa Barbara where she completed her studies with a major in Communication Studies and got her teaching credential.

After college, Cindy moved to LA to pursue an acting career in earnest.  She was successful in both commercial and theater work and after 4 years decided she had to take on Broadway.  A year in New York taught her that her real passion was in teaching.  She moved back to California and started teaching 6th grade in Oxnard.

That first summer back in Santa Barbara was the ultimate connection with a feisty sales engineer named Ray Gorski.  Thirty-two years and three strapping boys later, they are still going strong.

Cindy has been teaching theater exclusively for over 25 years including local stints at the Santa Cruz Waldorf School and Popper Keizer School.  She is one of the founding teachers of PCS.

When PCS was formed in 1999, Cindy was immediately attracted to being part of the cutting edge in education in the Santa Cruz area. PCS offered an unusually broad curriculum, providing not only the more standard science and liberal arts subjects, but all in balance with an unusually strong emphasis of the performing arts.  She is one of four remaining original faculty members and has been the cornerstone of the Drama Department.

According to Cindy, theatre and the performing arts provides an excellent foundation for developing balanced human beings. She says the most fun of all is watching young people grow from working primarily in their own heads to communicating and sharing themselves with others. The greatest pleasure is to watch kids bring out other parts of themselves - how to express themselves more deeply and be comfortable doing that.

In addition to her main gig being her ongoing contribution at PCS, Cindy still finds time to perform as a jazz vocalist from time to time around town. Do yourself a big favor and find out where and when. 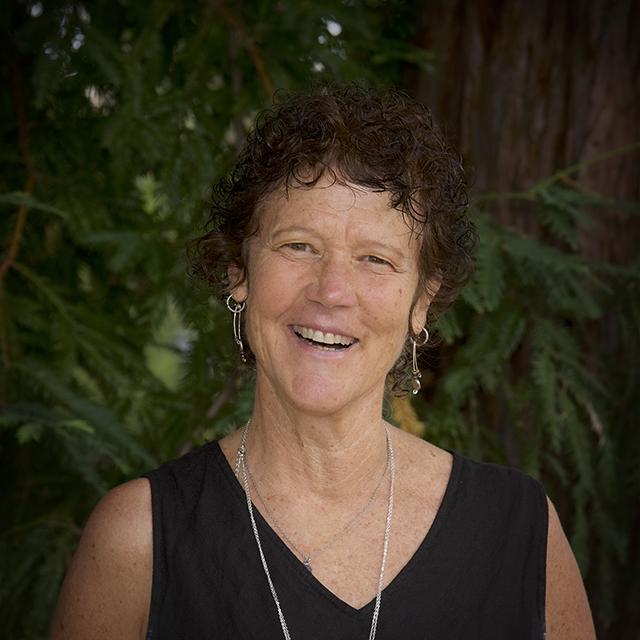